What’s the Difference Between a Power Strip and a Surge Protector? We’ve all been in the position where we need to plug something in, but the outlet is completely full. Fortunately, there are devices that can help resolve this problem—but as is the case with most things, one option is notably better for business purposes. Let’s go over what makes a power strip different from a surge protector, and why the latter is a far better option for businesses.

What’s the Difference Between a Power Strip and a Surge Protector?

To be fair, the two devices seem to be practically identical—they’re basically an extension cord, with some number of additional outlets available for numerous devices to be plugged in. Handy and self-explanatory, right?

There is One Simple, But Critical Difference Between the Two Devices

In fact, it’s right in the name.

For as long as we’ve harnessed electricity, there’s been the risk of power surges—essentially, more electricity being delivered than expected. These surges are a big deal, particularly for businesses, as they can severely damage the technology you rely on and make it far less reliable—provided the surge doesn’t completely break the device on you.

Clearly, a Surge Protector is a Wiser Choice

We can help you ensure your IT is set up in such a way that it does its job as efficiently as possible, and it is also protected from events like power surges and outages. To learn more, reach out to us at (361) 333-1123 today.

More posts from author
Monday, August 08, 2022 You Can Do So Many Cool Things with Today’s Smartphones
Friday, August 05, 2022 Tip of the Week: Manage Your Android App Permissions
Wednesday, August 03, 2022 6 Extremely Valuable Communications Tools for Business 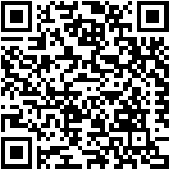