Did Apple Really Suggest Dropping Your Computer to Fix It? Most computers you’ll find in the workplace are PCs that run Windows, but Apple is also a major player in the computing and technology landscape. Apple produces sleek and high-end hardware using efficient operating systems, but it’s not all sunshine and rainbows for Apple products and their users. In fact, at one time, they recommended the most absurd fix for one of their products: slamming it on the desk.

Normally, we would never advocate for using physical force or violence against your technology. If you feel like this is the only option, call us and we’ll punch your computer for you.

Back to the story, though. In 1982, Apple was at its peak popularity, with Steve Jobs being on the cover of Time magazine and being the first company to reach $1 billion in annual sales. Apple made beautiful products (if you could consider a beige desktop computer beautiful), but it often came at the cost of functionality, with the Apple III being the primary example.

Now, the Apple III, in an attempt to make the device more marketable, had its air vents removed.

Anyone who has used a computer knows just how much heat they can produce. If it’s not properly ventilated, heat can build up in the case, effectively cooking the insides with the heat generated. This is clearly a bad thing and can lead to several issues with the operationality of your tech.

To make the sexiest Apple computer possible, the air vents had to go, along with the internal fans, because without air vents, why would you need them?

With so much heat building up in these devices, parts would expand and get dislodged in the process, leading to operational problems. Keep in mind this computer cost $4,240 in the 1980s, the equivalent of about $14,270 today. This price tag is important to the rest of the story, so keep the figures in mind as you read on.

There are times when the computers would get so hot that the floppy disks in the drive would melt and stop working, leading these incredibly frustrated people who spent thousands of dollars on the Apple III to contact tech support at Apple.

Thankfully, Apple had an answer, and it’s not one that you would think. One engineer at Apple, Daniel Kottke, ran into the issue himself, and in frustration slammed his Apple III on his desk. The force from the impact snapped the warped parts back together and the computer started to work again.

Apple, naturally, used this as an opportunity to support the people who bought their products, recommending that they do the same. Hopefully, they thought, the issue would be resolved with a little bit of force.

This is a funny joke today, but the past forty years have given technicians and professionals countless insights into how best to maintain technology. To learn more about how we can do the same for you, without beating up your computer, contact us at (361) 333-1123.

Facebook Twitter LinkedIn
Tags:
Hardware IT Support Vendor
Check Links Before You Get Yourself in Trouble wit...
Tip of the Week: Bring Back Offscreen Windows

More posts from author
Friday, November 25, 2022 Pay Attention In Order to Spot Risk
Wednesday, November 23, 2022 Check Links Before You Get Yourself in Trouble with these Link-Checking Tools
Friday, November 18, 2022 Tip of the Week: Bring Back Offscreen Windows 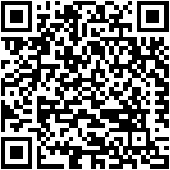